Obsessive Compulsive Disorder (OCD) is a common anxiety condition characterized by obsessive preoccupation with recurring intrusive thoughts and repetitive behaviors. It has been estimated that 2- 3% of the population suffers from this highly treatable problem that too often goes undiagnosed.

In my practice, OCD treatment is approached by means of cognitive (CBT) techniques, which is particularly valuable for mental rituals and frequent worrying. I focus on challenging the common dysfunctional beliefs which support the disorder; these beliefs may include over-responsibility, perfectionism, intolerance of uncertainty and the fear that “bad” thoughts can actually cause harmful events in the world to occur (thought-action fusion). Fueled by these beliefs, the natural tendency that most people have to stop “bad” thoughts actually increases the intensity and frequency of these anxious thoughts!

Other important CBT methods that I use include Exposure and Response Prevention (ERP), Acceptance and Commitment Therapy (ACT) and Mindfulness Training. By means of these techniques, patients discover that anxiety will eventually be reduced if they resist doing compulsions and accept obsessive thoughts instead of battling them. Releasing control of unwelcome thoughts (after all, they’re just thoughts!), can change the whole dynamic of OCD and lead to a more fulfilling life.

In my efforts to educate the public about Obsessive Compulsive Disorder, I appeared as an OCD expert on “Diagnosis Unknown” for the Discovery Channel. I am also a professional member of the OCD Foundation, a Behavior Therapy and Training Institute Graduate (BTTI) and a Lecturer at UCLA. 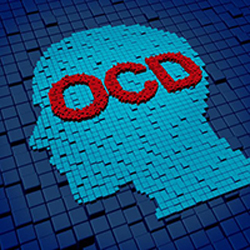